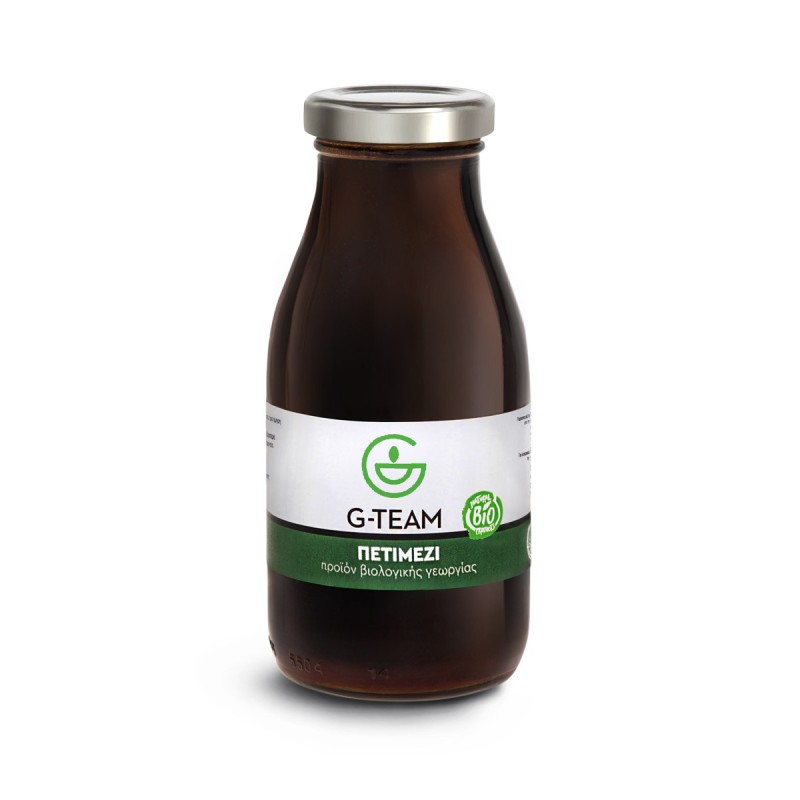 Petimezi  is called the viscous, dark-colored and syrup-like grape product after boiling, without previous fermentation, used by the ancient Greeks and Romans, as one of the best ancient sweeteners along with honey.The Romans used it in cooking in various versions called sapa, defrutum and carenum.

Petimezi is produced by prolonged boiling of grape-must for hours, until it becomes dark-colored and syrup-like. It is rich in energy, iron and calcium. Although It does not contain preservatives, pigments  or sugar, you can preserve  it  for a very long time outside the refrigerator. It concentrates most of the therapeutic ingredients of the grape.

Its taste is not only sweet, but much more complex, with a slightly bitter background.

Beside its general use as sugar subsitute, it may be used as it is in small "morning shots" for immediate energy empowerment and iron intake, in balsamic sauces for green salads , as well as in cooking and  in marinades of meat and fish along with lemon. Also, as syrup in homemade pancakes and tarts,  in confectionery and as a sweetener in beverages, yoghurt etc. Additionally for Chinese sweetcakes, as vinaigrette in place of balsamic, for exceptional  granites (iced  Petimezi ), syrup for ice-creams etc.