Not all extra virgin olive oils (EVOOs) are the same, nor do they all have the same health protective properties. Their Health Protective value and action depend on both their total content in phenols and tin particulary regarding the content of specific phenols (like oleocanthal, oleaceiin, oleuropein, .etc), as well as other categories of active natural substances, such as flavonoids, lignans (e.g., pinorelinol, acetoxypinoresinol) and other secoroids. Taking into account evidence from an extensive survey of California's DAVIS University, which examined several thousand samples of olive oil * of all categories from around the world, we indicatively mention:

The timeless value of olive oil for our health:

Known for its healing and nutritional properties since antiquity, olive oil is one of the key products in the Mediterranean world, and its value for nutrition and health is indisputable.

In ancient Greece, olive oil was an integral part of the daily diet. Depending on the variety and quality of olives, oil fell into the following categories: The excellent quality olive oil was produced from slightly unripe olives and was called “omotrives” or “omfakinon”. Next came the good quality olive oil that was called “deuteron geuma” (i.e. second taste) oil which came from ripe or bruised olives. Another type was the so called “chydaion elaion” (ordinary oil) which was pressed from overripe olives.

Besides diet, olive oil was also used for body and hair care and its application protected the skin from the cold and the sun.

Olive oil has been also renowned for its healing properties since antiquity.  Having acknowledged the benefits of olive oil, Homer called it “Golden Liquid” and Hippocrates “Great Healer”. Hippocrates’ Codex includes more than 60 pharmaceutical uses of olive oil. It was ideal for everything, from skin diseases, injuries and burns, to ear inflammations, as well as gynaecological conditions.

References  to the therapeutic effects of olive oil can be found in various ancient sources, from Plutarch who mentioned the treatment of mastitis with “hydrelaion” (water and oil), to the inscriptions of Asclepius of Levina and to Theophrastus who presented information about the ingredients and the recipes for the production of aromatic oil.

Great ancient doctors, such as Galen, Dioscorides, and Diocles strongly believed that olive oil can be used to treat many diseases and ensure longevity and quality in everyday life.

As shown by the European Regulation 432/2012 (pages 21 & 22) regarding the health protective action of the olive oil with high phenolic content, polyphenols and inparticulary some of them (like oleocanthal, oleacein, tyrosol - derivatives of hydroxytyrosol), are contained in extra virgin olive oil and have strong antioxidant action. According to this regulation, a daily intake of 20 gr of extra virgin olive oil with high content of polyphenols (more than 5 mg of hydroxytyrosol and its derivatives / 20 gr of oil) contributes to the protection of blood lipids from oxidative stress.

Furthermore, the health protective action of olive oil, has also been revealed by studies that were conducted by Davis University-USA, and also by a wide range of relevant researches, clinical studies and reports from scientists, universities and organisations worldwide, proving  that olive oil with high content of polyphenols and their derivatives can prevent and treat various health conditions.

The daily intake of  extra  virgin olive oil, with high content of polyphenols  proves beneficial due to both their individual and combined function. More than 20 phenols and polyphenols have been identified in olive oil and their precious health protective and curative action has been already  proven, or is still under investigation (final stage-clinical tests and documentation).

Biophenol highly absorbable, with ten times more antioxidant action than green tea. The most powerful antioxidant in olive oil. It protects the central nervous system cells from exposure to toxins. Based on the above mentioned actions, tyrosol is subject of studies (with strong indications of high therapeutic value) in Alzheimer's and Parkinson's disease. Additionally, one of its benefits is its ability to slow down cell aging and activate a group of genes responsible for longevity. Also, tyrosol is the main compound of olive oil that helps reduce LDL, also called "bad cholesterol". Its antioxidant action can also help in cutting the chain of free radical attacks, which can affect DNA and lead to cardiovascular disease or cancer.

Extremely strong antioxidant activity and strong cardiovascular system protection properties. According to various researches and studies, hydroxytyrosol can destroy cancer cells and prevent them from proliferating.

Benefits include having an anti-inflammatory effect similar to Ibuprofen, inhibiting the progression of Alzheimer’s disease, COX1 and COX2, treating rheumatoid arthritis, anti-tumor activity and antioxidant action. Longtime intake of low doses, offers protection against cardiovascular diseases and aging. Oleocanthal is responsible for the pungency, which is characteristic of early harvest olive oil (agourelaio).

With a structure similar to Oleocanthal, Oleacein is a derivative of hydroxytyrosol and is the most powerful antioxidant in olive oil.

Also, in significant amounts, we find tocopherols, squalene, oleic acid, b-carotene and a large number of other ingredients, with extraordinary health protective and curing - healing action, that have either been already proven or they are in the final process of completing clinical researches (having already given promising and miraculous first results).

In fact, new ingredients such as oleokoronal, oleomissional and so on, with health protective and therapeutic action, are still being discovered and we are still trying to understand their precise mechanism of action. After thousand of years of use by man and after at least a century of modern research, olive oil continues to surprise us with its secrets. 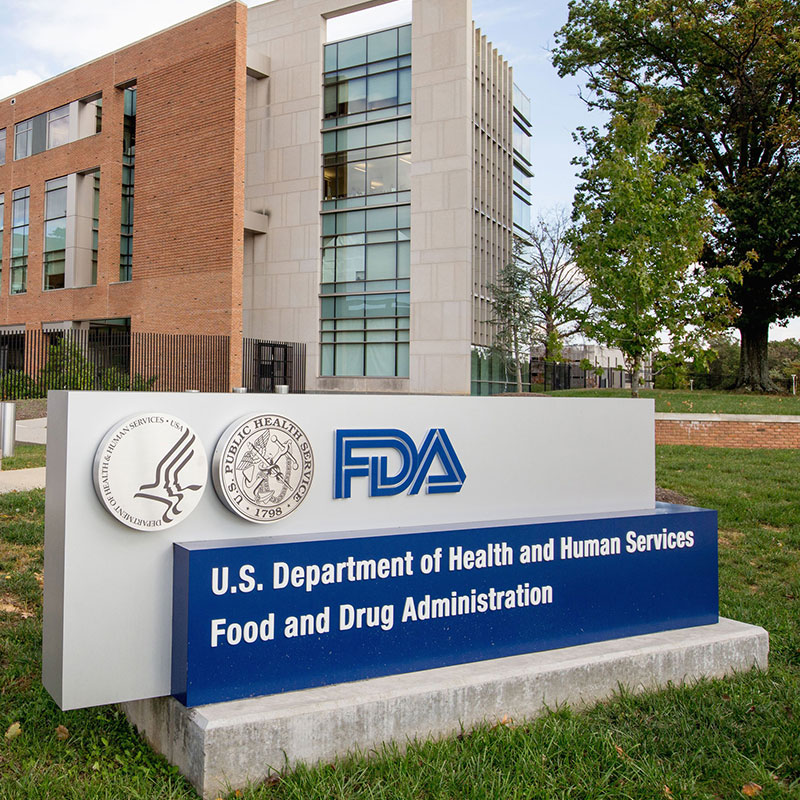 Since 2004 in the United States, the Food and Drug Administration (FDA), in response to a request from the North American Olive Oil Association, has approved a special health claim for olive oil labels, which has led to a steady increase in olive oil consumption by Americans, by almost 5% per year.

The claim states that daily consumption of about 2 tablespoons or 23 grams of olive oil can reduce the risk of coronary heart disease. Sufficient evidence obtained by the FDA led to the approval of the health claim and concludes that monounsatured fatty acids, naturally present in olive oil, can protect against the occurrence of heart disease.

The scientific data reviewed by the FDA, has shown that replacing saturated fatty acids with monounsaturated fatty acids reduced the levels of total and LDL cholesterol in the serum, which are known to increase the risk of coronary artery disease. Based on their  findings, the FDA concluded that a minimum daily intake of 17.5 grams of monounsaturated fatty acids from olive oil (contained in about 2 tablespoons) is required to have a positive effect on the reduction of coronary heart disease. To reduce the risk of heart disease, the claim further states that olive oil should replace an equivalent amount of saturated fat in the diet.

Source: The FDA’s Take on the Benefits of Olive Oil

Subsequently, since 2012, the European Food Safety Authority (EFSA) officially recognized that the daily consumption of high-polyphenol (Hydroxytyrosol and its derivatives) olive oil prevents the oxidation of bad cholesterol and thus prevents the formation of atherosclerotic plaque in the blood vessels, while protecting the body from the occurrence of cardiovascular disease (Ε.U. 432/2012 pages 21 & 22):

«Polyphenols of olive oil contribute to the protection of blood lipids from oxidative stress. The claim may only be used for olive oil containing at least 5 mg of hydroxytyrosol and its derivatives (for example, complex of Oleuropein and tyrosol) per 20 g of olive oil. In order to use this claim, the consumer should be given the information that the beneficial effects are ensured by the daily intake of 20 g of olive oil.» 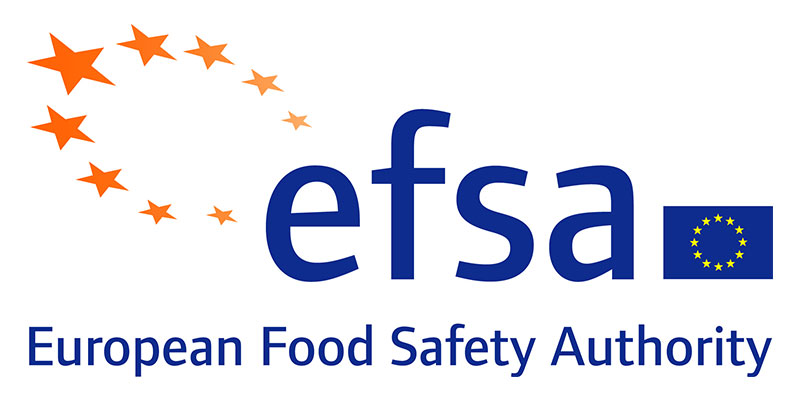 Nowadays, a great number of scientific researches, studies and reports by scientists, universities, foundations and organizations worldwide, have revealed and confirmed the extraordinary health-protective and therapeutic action of olive oil with a high content of phenols and polyphenols  and other types of beneficial active natural substances,  such as  tocopherols, flavonoids (e.g. apigenin), lignans (e.g., pinoresinol, acetoxypinoresinol), secoiridoids etc. Among others, it appears that:

It increases the levels of "good" HDL cholesterol in the body, while lowering levels of "bad" LDL cholesterol. It has an excellent action against atherosclerosis, since it protects the body from the build-up of arterial plaques and prevents major cardiovascular diseases, such as coronary heart disease and myocardial infarction (heart attack), etc.. It helps regulate blood pressure.

It is widely known for its strong  anticancer action due to the composition of its organoleptic substances (Phenols, Sterols). It neutralizes free radicals and according to studies, it prevents the proliferation and metastasis of breast and prostate epithelial cells and prevents skin cancer and cancer of the digestive tract.

It has strong neuroprotective action and according to new studies, it prevents and slows the progression of Alzheimer's disease, while there are also positive promising indications for Parkinson's disease.

It improves the levels of blood sugar (prevention of insulin resistance) and at the same time combats complications of diabetes mellitus.

It strengthens the immune system and has a very strong antioxidant action (Hydroxytyrosol in olive oil has been recognized as the most powerful antioxidant in nature amongst all polyphenols)..

It is of benefit to the protection of the digestive tract mucosa by limiting the production of hydrochloric acid and pepsin that result in ulceration. Also the high index of absorption of olive oil from the mucosa helps in the treatment of intestinal diseases.

It contributes substantially not only to the treatment of stones formed in the bile and the liver, but also to the secretion of bile, while also fighting dyspepsia.

It facilitates the absorption of calcium and magnesium from the body, preventing and even treating osteoporosis. According to recent studies at the University of Madrid and at the University of Athens, olive oil helps maintain bone health. Research has shown elevated levels of osteocalcin in individuals who mostly consume more olive oil in their daily diet. It prevents and treats rheumatoid arthritis and osteoarthritis.

Based on new studies in Italy, it helps alleviate allergies. In particular, hydroxytyrosol has been found to be the main anti-inflammatory component of olive extract, which acts as an antihistamine.

It acts against skin aging (anti-aging action) caused by stress and environmental factors. It acts extremely well in the fight against all kinds of skin diseases.

All the above mentioned information and in general the information mentioned on this web site, regarding the health protective and healing action of olive oil and in particularly of the products of ours, has strictly informative purpose and should by no means be considered as an inducement, for people with health problems, to stop following medical instructions and/or advice or any medication they already receive, without the prior agreement of their treating physician/doctor.